A Project Attractive for Private Investors Developed in Ivano-Frankivsk 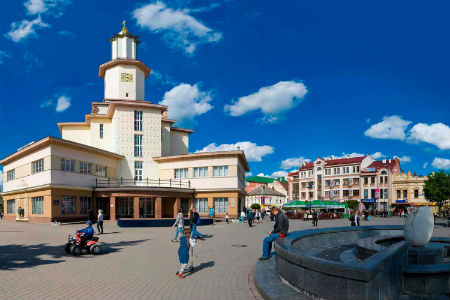 The Ivano-Frankivsk city landfill for solid municipal waste (SMW) is to be provided with: (1) a sorting line for separating secondary resources from SMW flow; (2) line for manufacturing Refuse Derived Fuel (RDF) from the organics portion of the SMW; and (3) a system for collecting and using the landfill gas for generating electricity and heat.

The technological solutions are similar to those suggested for the Khmelnytskyi project. The optimal power rating of generating equipment using the SMW landfill extracted gas is 600kW.

The required investment amount for project implementation is estimated at UAH 28.1 million. The simple payback period for implementing a landfill gas collection and utilization system is less than two years.

A presentation of the developed feasibility study and public discussion of a concept for the Public Private Partnership (PPP) that will be set up to implement the project will be held soon. The USAID Project will assist in arranging the concession tender and implementing the project using the PPP approach.

A sorting line for separating secondary resources from SMW is expected to be put in production in 2017.