The USAID Municipal Energy Reform Project in Ukraine (USAID Project) partner-cities of Khmelnytskyi, Chernihiv, and Ternopil have expressed their interest in participating in the Ukraine Municipal Infrastructure Program (Program).  The Program’s objective is the implementation of energy efficient measures in public buildings. The European Investment Bank (EIB) will provide €400mn of funding for upgrading the housing and municipal services infrastructure of Ukraine under the Financial Agreement of 23 July 2015. The implementation of energy efficient activities in public buildings will raise the temperature conditions inside the buildings, thus improving the educational process efficacy, reducing the disease rate among the attendees in educational institutions, and improving the conditions in hospitals. In addition, the implementation of these projects will have a beneficial environmental impact. Primarily, it is linked to the reduction of harmful emissions of greenhouse gases (CO2) from heat generating facilities due to reduced demand of such public institutions for heat and electricity. It is expected that the implementation of these activities will help the cities achieve the objectives stated in their Sustainable Energy Action Plans prepared with the help of the USAID Project. 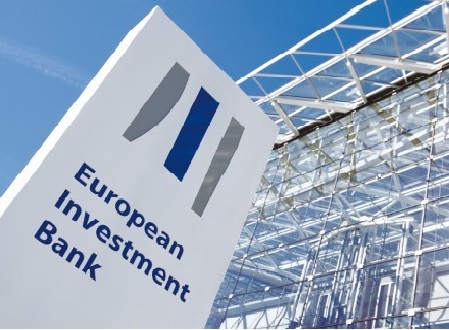 The City of Khmelnytskyi has applied for including into the Program its investment project of implementing energy efficient measures in 22 educational and nine healthcare institutions with a total floor area of over 150,000 sq m. The projects focus on reducing the consumption of heat energy and electricity. The proposed energy efficiency activities include: replacement of incandescent bulbs with energy efficient lamps; installation of aerators on water taps or replacement of taps; installation of weather-controlled individual heating substations; thermal insulation of piping and valves of heat supply systems; hydraulic regulation of heating systems; thermal modernization of external walls and roofing; replacement of windows with triple-pane windows, and thermal insulation of entrance and balcony doors. The estimated project cost is UAH 186 million, with a payback period of ten years, and 12% interest rate. It is expected that the project implementation will result in reducing annual heat consumption by the institutions by 12,373MWh. Also, the municipal budget expenses for their energy supply will decrease by nearly UAH 16 million per year. The reduction of CO2 emissions is estimated at over 4,000 metric tons. Visitors of those institutions will be provided with comfortable environment for education and medical treatment.

The City of Chernihiv has expressed its interest in participating in the Program by submitting an investment project for implementing energy efficient activities totaling nearly UAH 200 million to cover 73 government-funded institutions with a total floor area of over 270,000 sq m. The proposed buildings include 32 general educational institutions, 38 preschools, and three other specialized establishments. The project is built around a loan with an interest rate of 11% and a payback period of 11 years. The project plan envisages: (1) implementing the comprehensive thermal modernization of buildings in seven institutions; (2) replacing windows with energy efficient metal plastic designs in 51 institutions; (3) heat insulation and reconstruction of roofs in 14 institutions; (4) heat insulation and reconstruction of swimming pool roofs in nine institutions; (5) heat insulation of facades in 12 institutions; (6) hydraulic adjustment of heating systems in 40 institutions, and (7) the installation of a solid fuel-fired modular boiler in one institution. By implementing these measures, the municipal budget costs for energy supplies to these institutions will be cut by an estimated UAH 13 million per year, heat energy consumption will decrease by 9,881MWh annually, and the amount of CO2 emissions will be reduced by more than 3,300 metric tons. It is expected that, similarly to Khmelnytskyi, the core funding will be provided by a loan from the European Investment Bank (EIB). Also, if the project is approved, the city is prepared to finance some of the costs related to the development of design and estimate documentation.

The City of Ternopil proposes using the loaned funds to carry out an in-depth thermal modernization of 83 educational and research institutions. The project envisages the rehabilitation of the heat supply system, with priority given to the replacement and heat insulation of service networks, installation of an automatic control system, thermostatic valves, system balancing, and replacement of heat radiators for the total of about UAH 840 million. Also, due to the reduced energy consumption resulting from the project implementation, the level of CO2 emissions will decrease by 5,600 metric tons per year. The direct beneficiaries of the project will include students, teachers, and technical personnel of city's general educational schools (nearly 28,000 persons) and preschool educational institutions (over 12,000 persons), which amounts to about 20% of Ternopil’s residents.

To support the implementation of energy efficient activities in the public buildings of Khmelnytskyi, Chernihiv, and Ternopil to be implemented under a credit agreement with EIB, the USAID Project has launched a process of energy scanning of 187 public buildings and the preparation of Preliminary Feasibility Studies (PFSs). The PFSs will contain at least three alternate packages of energy efficient activities considering the potential funding. They will be based on the investor's criteria, with recommendations for the best possible options with due account taken for economic/financial, technological, environmental, and other considerations. The developed PFSs will be presented and discussed with the citizens of the pilot cities over the course of this summer.